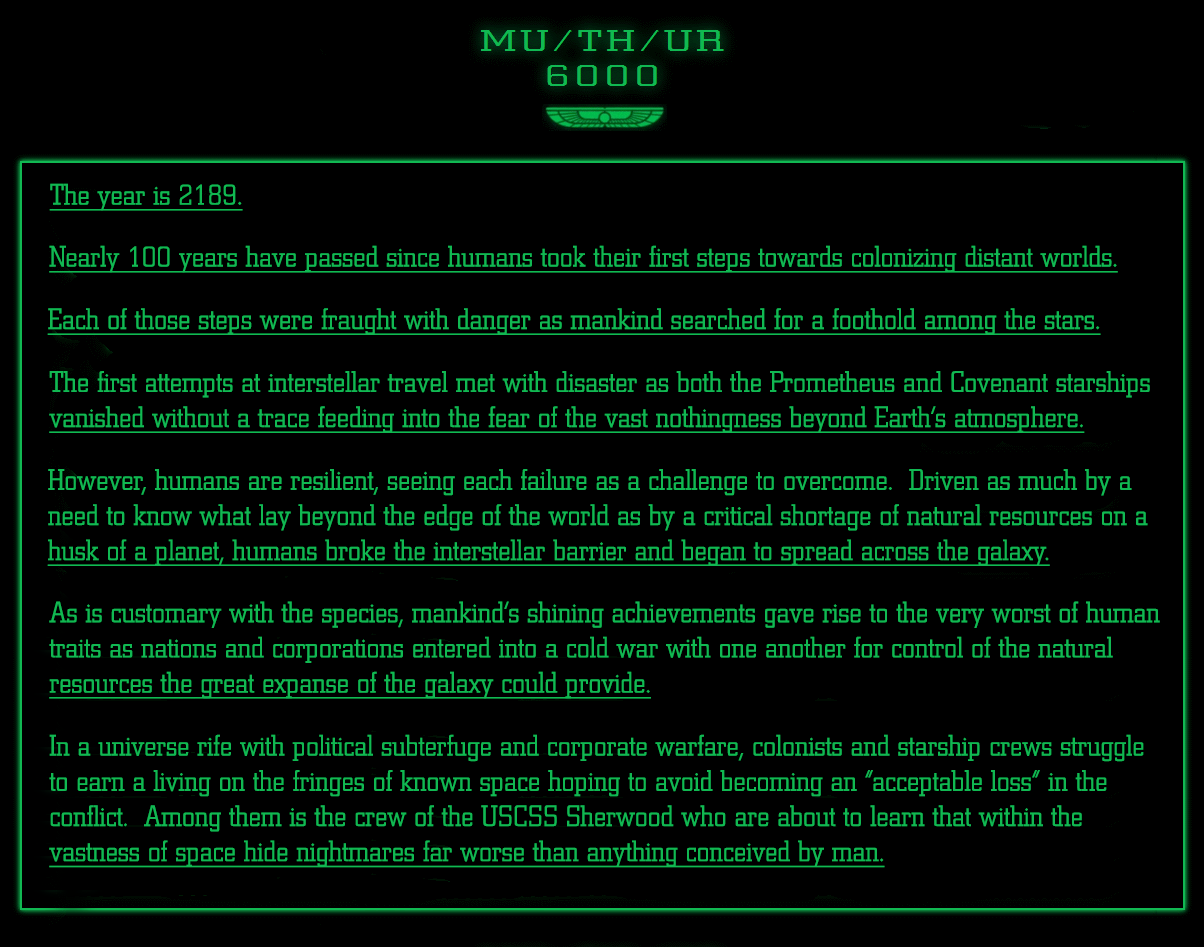 We had 3 sessions since the last post. Notes for all three sessions need to be posted yet but, sadly, the final session ended like this:

The crew of the Sherwood knew that Trinket was an empath and had an unusual connection to the xenomorphs. However, once the crew brought their explosive cargo into close proximity to the hive, Trinket seemed to lose control and sprinted directly into the heart of the hive.

The Crew caught up to Trinket amongst a field of eggs surrounding a pulsing spire of alien technology. Suddenly, a xenomirph soldier leapt down and tried to snatch the kid up. Opening fire, armor piercing rounds cut xenomorph and eggs to ribbons while Ava, the synthetic, attempted to grab Trinket. The sound of gun fire drew more xenomorphs just as the Weyland Yutani commandos came storming into the room.

Chaos ensued as crew, commandos, and xenomorphs attacked in a whirlwind of death. Seeing several aliens descending just above the WY commandos, Lance fired a grenade into the mass, showering many with acid blood. At that moment, the xenomorph queen burst into view and made straight for trinket. By this point, Trinket managed to break the queen’s hold on her mind and began to panic. Ava did her best to pull the shrieking child away but was torn to pieces, sending white lubricant spaying, by the queen.

Meanwhile, the WY commandos lost their bid to capture the queen (and their lives) in a storm of aliens and acid. In the growing confusion, marshal Maddox was finally able to free Trinket and hand her off to a colonial marine. As the marine ran for the exit, the queen impaled Maddox with her tail and began to pursue. With the marshal’s body flopping behind, the queen charged crushing underfoot Fin, Lance, and Clemment, killing them all.

With nearly the entire crew dead Mari dropped her smartgun, grasped the detonator to their tactical nuke and ended the bug hunt.

I'm sorry, but we no longer support this web browser. Please upgrade your browser or install Chrome or Firefox to enjoy the full functionality of this site.